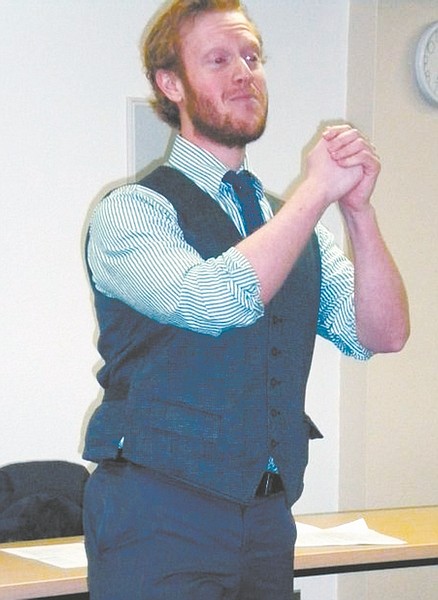 CourtesyChris Daniels, a community educator for Planned Parenthood, speaks to members of Carson City&#038;#8217;s Parents and Friends of Lesbians and Gays about the importance of addressing bullying.