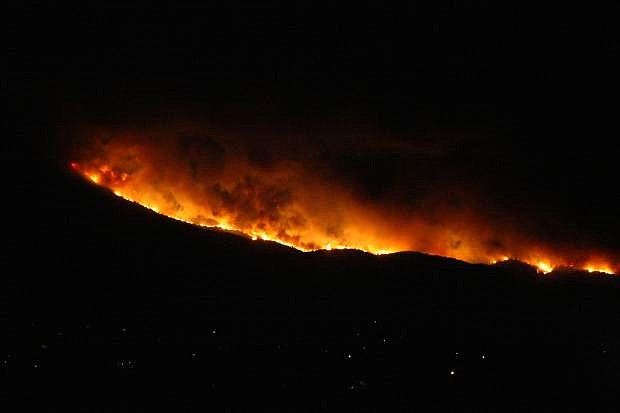 A view of the Bison fire on Friday night.