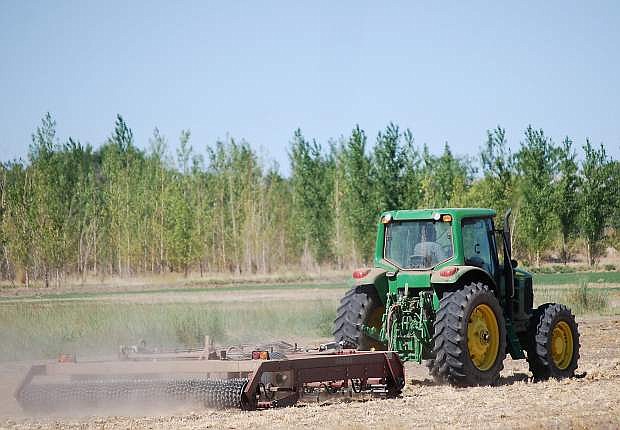 A farmer beats the midday heat Tuesday morning by plowing a section of his field. Triple-digit heat is expected to return to the Lahontan Valley by Thursday.