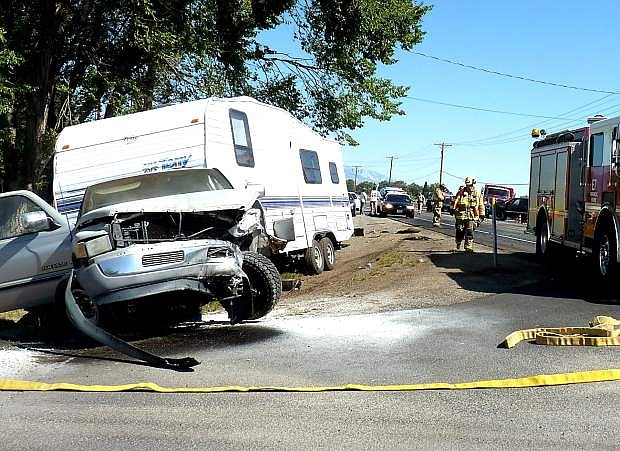 A Dodge pickup with California plates involved in a fatal three-car accident at Highway 395 south of Riverview.