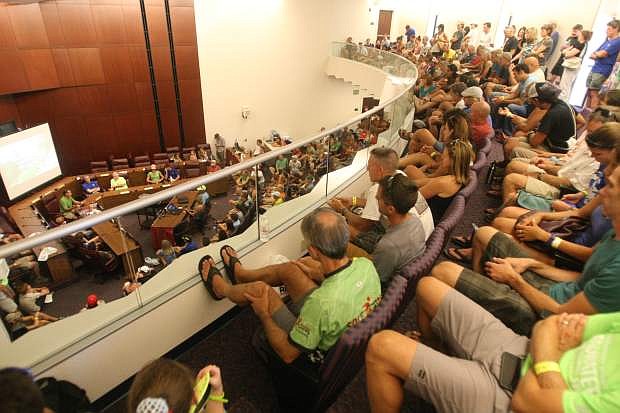 Participants in the Tahoe Rim Trail Endurance Run listen during a pre-run briefing at the Legislature on Friday afternoon.