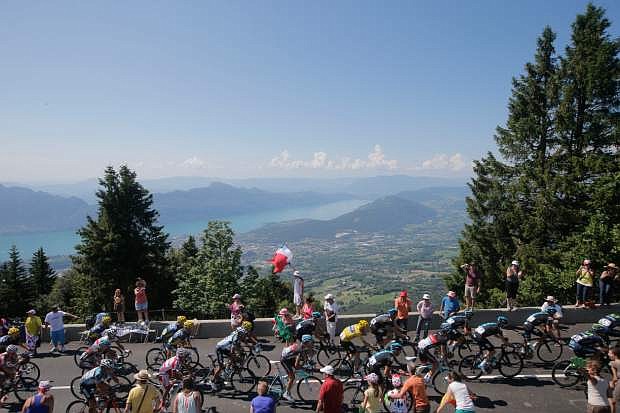 the pack passes Annecy lake, background, during the 20th stage of the Tour de France cycling race over 125 kilometers (78.1 miles) with start in in Annecy and finish in Annecy-Semnoz, France, Saturday July 20 2013. (AP Photo/Laurent Cipriani)