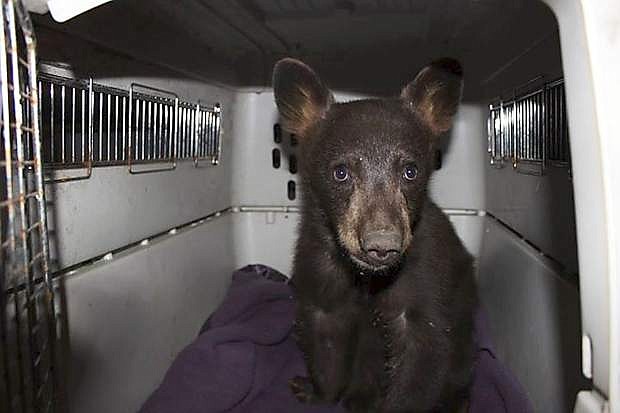 This 39-pound male black bear suffered two broken bones after being hit by a car recently. It was rescued Thursday in Truckee and had surgery Friday.