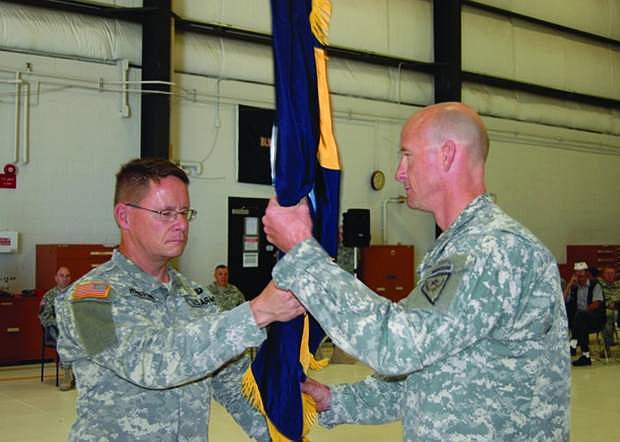 Col. Dan Waters, right, receives the colors of the 991st Troop Command from Army Guard deputy commander Col. Mike Hanifan on July 14 in Reno. Hanifan, who grew up in Fallon, will have his own change of command on Sept. 7 when he becomes the state&#039;s new Commander Army Guard.