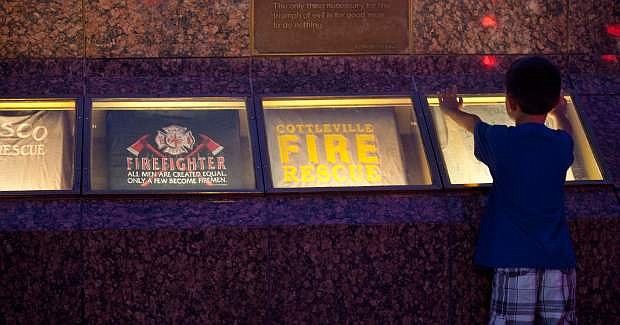 FILE - In this June 22, 2011 file photo, a young boy peers at fire department shirts on display at the Sept. 11 memorial outside the New York-New York casino, in Las Vegas. The memorial, which held a rotating collection of firefighter t-shirts commemorating the lives lost in the attacks on the World Trade Center, has been demolished and will be relocated by MGM Resorts International to make way for a $100 million renovation of the promenade in front of 16 year-old Manhattan-themed casino and the adjoining Monte Carlo. (AP Photo/Julie Jacobson, File)