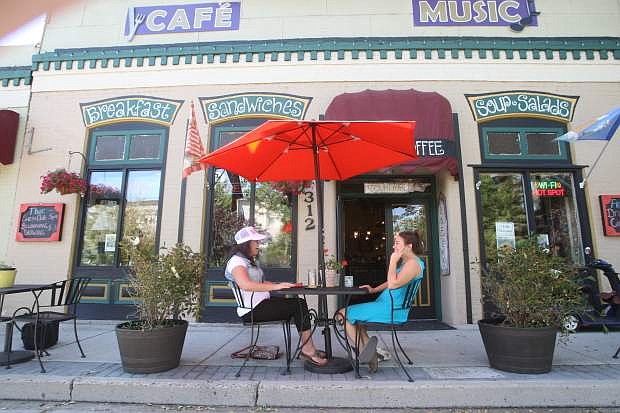 Morgan Howard, left, and Chantel Good dine in front of Comma Coffee on Monday. The outdoor seating was recently added after the removal of fencing along Carson Street. A planning group is recommending more changes for downtown Carson City.