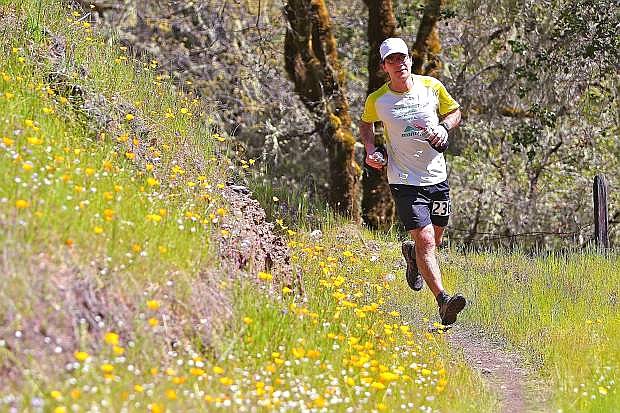 Jon Robinson, a 1997 Fallon grad, competes in the Lake Sonoma 50-mile race in 2012. Robinson has participated in numerous ultra-marathon races.