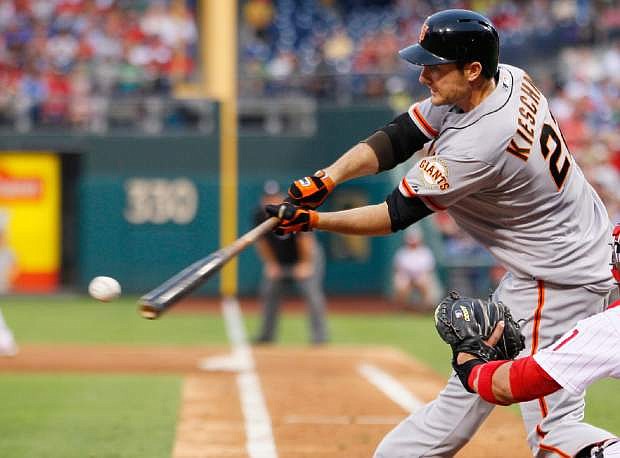 San Francisco Giants&#039; Roger Kieschnick hits a single that scored Buster Posey from third base during the third inning of a baseball game against the Philadelphia Phillies, Wednesday, July 31, 2013, in Philadelphia. (AP Photo/Tom Mihalek)