OJ Simpson granted first parole – but not yet getting out 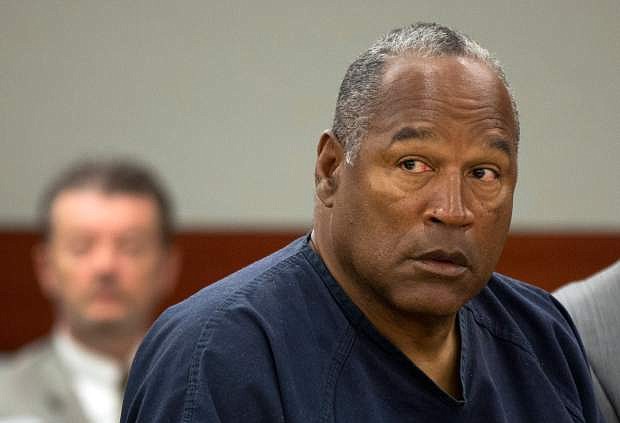 FILE - In this May 16, 2013 file photo, O.J. Simpson listens during an evidentiary hearing in Clark County District Court, Thursday, May 16, 2013 in Las Vegas. O.J. Simpson won a small victory Wednesday. July 31, 2013, in his bid for freedom as Nevada granted him parole on some of his convictions in a 2008 kidnapping and armed robbery involving the holdup of two sports memorabilia dealers at a Las Vegas hotel room. (AP Photo/Julie Jacobson, Pool, File)