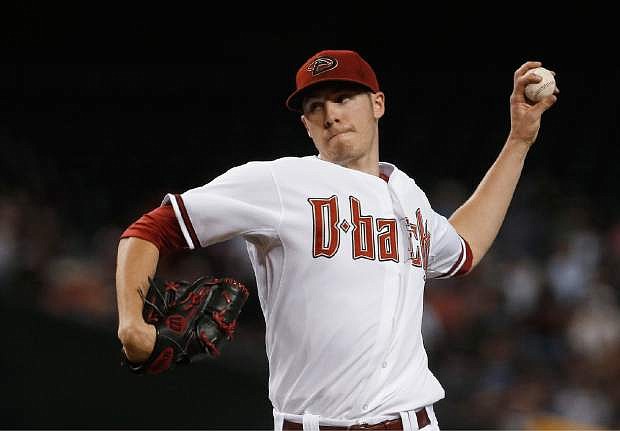 Arizona Diamondbacks&#039; Patrick Corbin throws a pitch against the San Francisco Giants during the first inning in a baseball game on Friday, June 7, 2013, in Phoenix. (AP Photo/Ross D. Franklin)