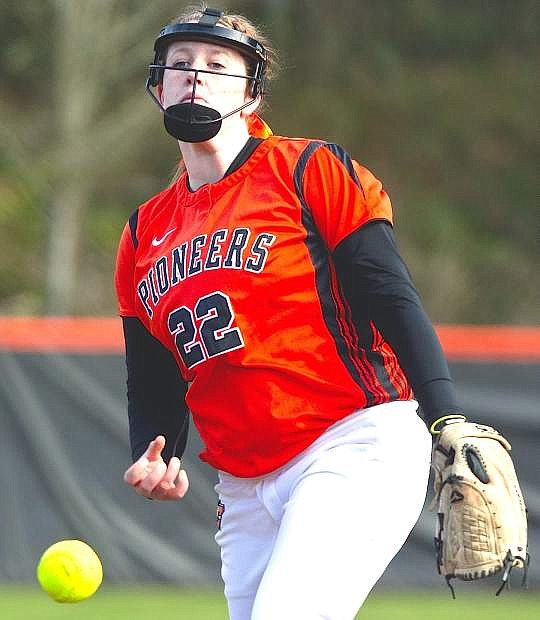 Kate Coffey delivers a pitcher during a game this season for Dixie State University in Utah.