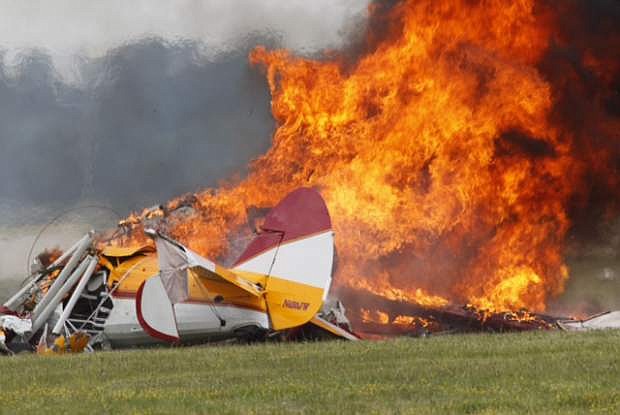 Flames erupt from a plane after it crashed at the Vectren Air Show at the airport in Dayton, Ohio, on Saturday, June 22, 2013. The crash killed the pilot and stunt walker on the plane instantly, authorities said. (AP Photo/Dayton Daily News, Ty Greenlees)