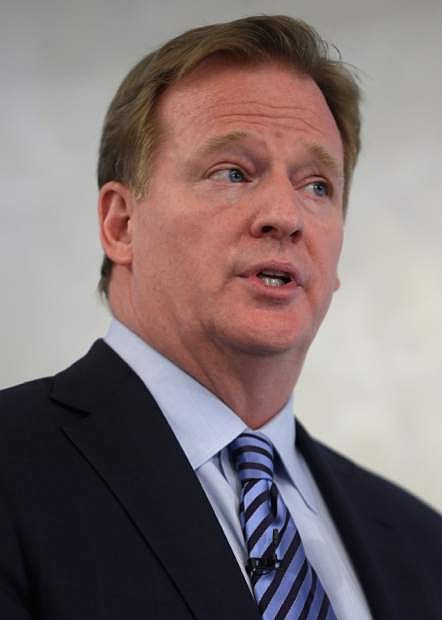 NFL Commissioner Roger Goodell speaks during a news conference in New York, Monday, March 11, 2013. The NFL is partnering with private companies as well as the US Military to further research on head injuries. (AP Photo/Seth Wenig)