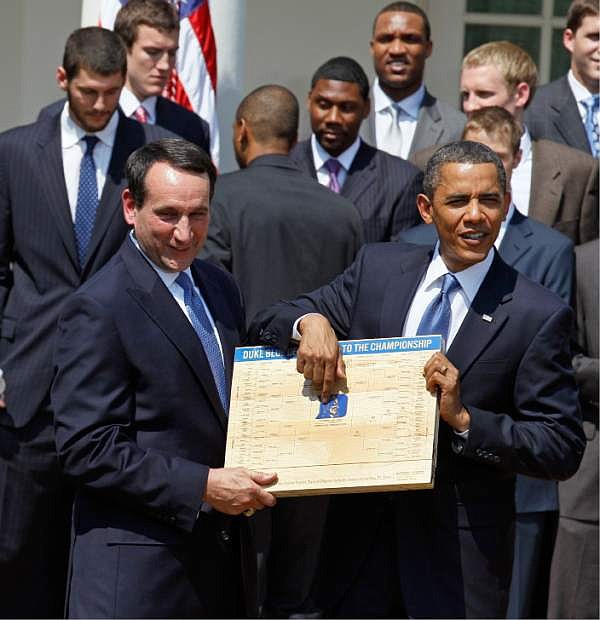 FILE - In this May 27, 2010 file photo, President Barack Obama looks over the bracket with coach Mike Krzyzewski of the NCAA basketball champion Duke Blue Devils in the Rose Garden of the White House in Washington, where he honored the team. The odds of completing the perfect bracket by picking the higher-seeded team are 35 billion to 1. (AP Photo/Alex Brandon, File)