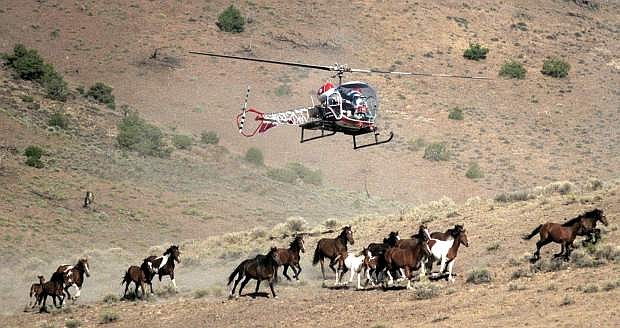 FILE - In this Aug. 13, 2002 file photo, a Nevada Department of Agriculture helicopter is used to round up wild horses on the Virginia Range east of Reno, Nev. The state of Nevada has signed a cooperative agreement with wild horse protection advocates allowing the longtime critics of mustang roundups to have the first shot at purchasing state-captured animals that otherwise might end up at the slaughterhouse. (AP Photo/Reno Gazette-Journal, Liz Margerum, File)