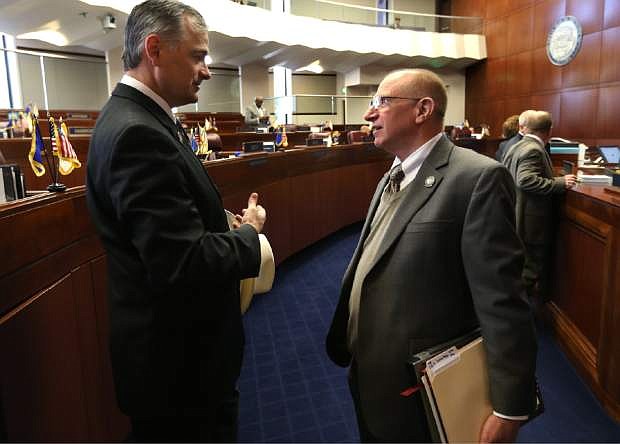 Nevada Republican Sens. James Settelmeyer, left, and Joe Hardy talk on the Senate floor at the Legislative Building in Carson City, Nev., on Monay, March 25, 2013. Both lawmakers introduced bills related to concealed weapon permits Monday, Hardy&#039;s bill would allowing school employees with concealed weapon permits to carry guns on campus and Settelmeyer&#039;s would allow people with permits to have it listed on their driver&#039;s license. (AP Photo/Cathleen Allison)