STOP says no to smoking 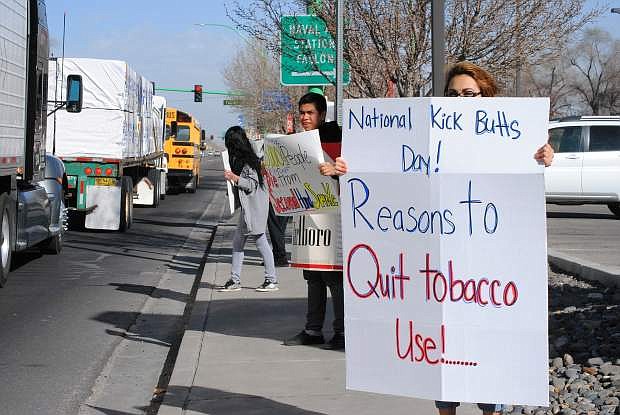 Students Taking on Prevention (STOP) show on West Williams Avenue include, front to back, Brenda Alvarado, Marcos Ledezma (costume), and Cynthia Martinez. Not pictured but also in attendance were Morgan Kyukendall, Yesenia Aguilera and Mayra Alvarado.