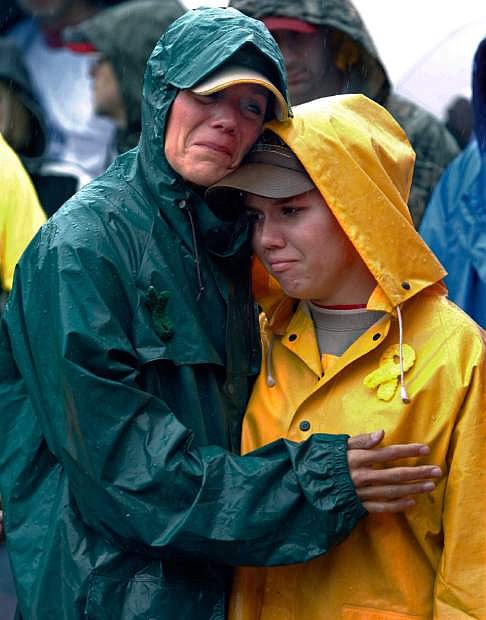 FILE - During a moment of silence, Joan Olsen, left, and her daughter Emily Olsen embrace at the start of the Walk for Suicide Awareness in Kaukauna, Wis. on Saturday, Sept. 11, 2010. Joan and Emily are honoring Chris Olsen, who is Joan&#039;s husband and Emily&#039;s father. The suicide rate among middle-aged Americans climbed a startling 28 percent in the decade between 1999 and 2010, the government reported Thursday, May 2, 2013, but the rates in younger and older people did not change. (AP Photo/Post-Crescent Media, Dan Powers) MANDATORY CREDIT: POST-CRESCENT MEDIA, DAN POWERS