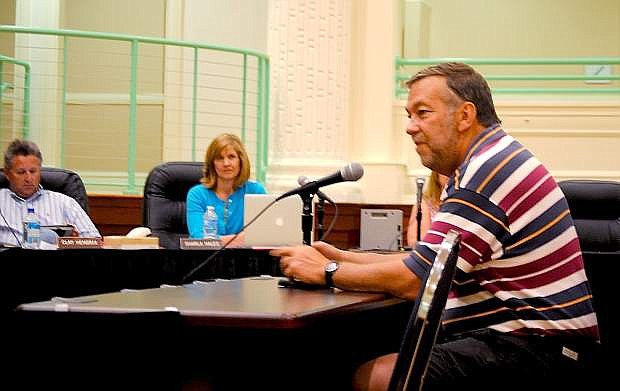 Alex Vanderstoel, seated, along with Chris Ward and Barb Dirickson, present their views to the school board about a proposed change to the counseling staff at CCHS.