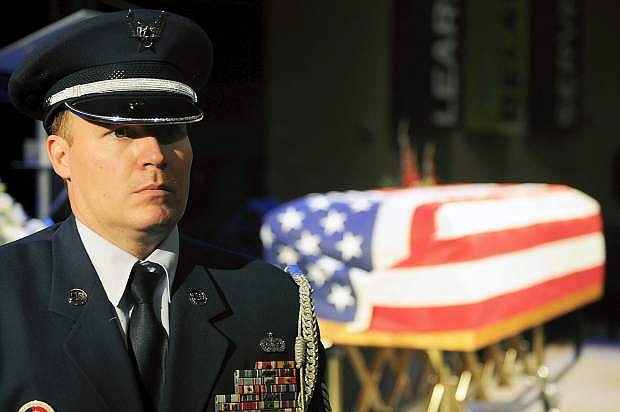 Master Sgt. Clinton Dudley, Nevada Air National Guard, stands watch in front of a casket holding Michael Landsberry, a fellow master sergeant in the Guard who was killed during a school shooting at Sparks Middle School. Landsberry was honored Sunday during a military ceremony at Sparks Christian Fellowship church.