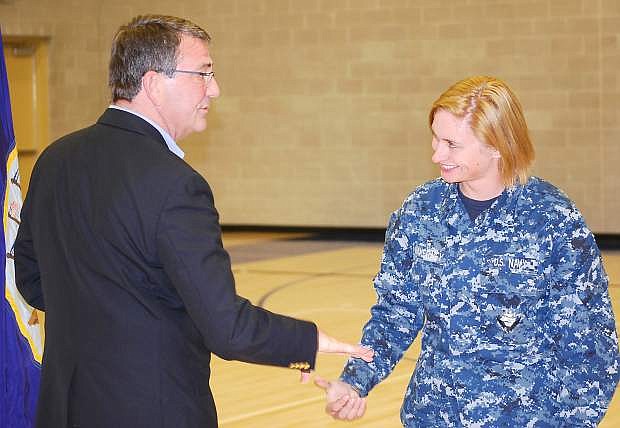 Deputy Secretary of Defense Ashton Carter presents a coin to ADAN Adriana Makerney during his visit to Naval Air Station Fallon on Tuesday.