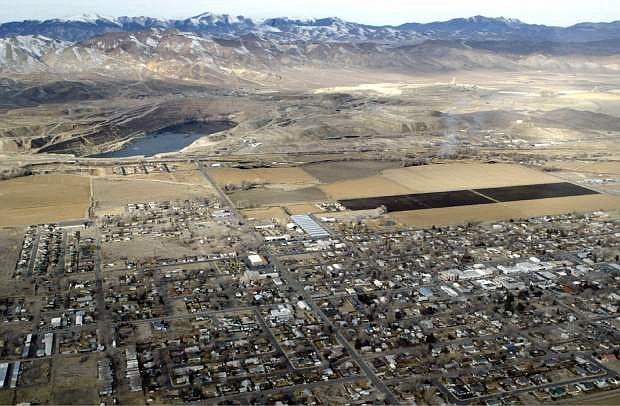 The Yerington mine site, adjacent to the small farming town of Yerington, Nev. Rural neighbors of an abandoned World War II-era copper mine that has leaked toxic chemicals in Northern Nevada for decades have won up to a $19.5 million settlement from companies they accused of covering up the contamination, according to a report.