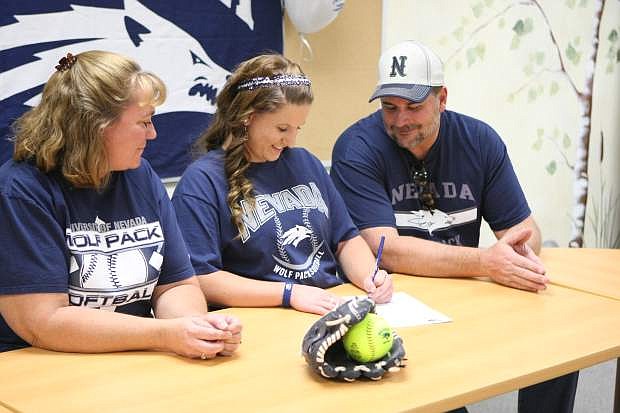 Vickie and Tom Purcell watch while Jennifer signs her letter of intent on Wednesday at Carson High School.