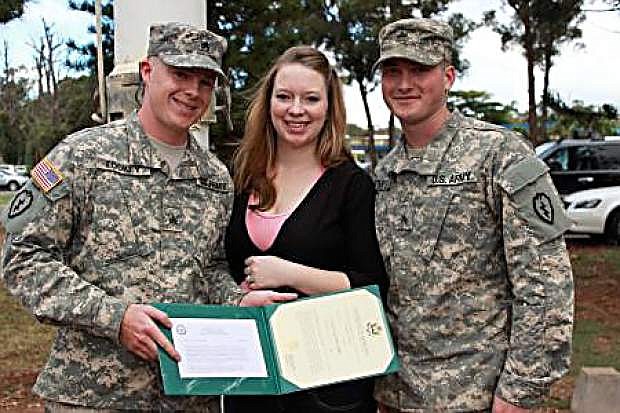 Sgt. Ryan Raymond Tookey, of Dayton, with his wife Katie.