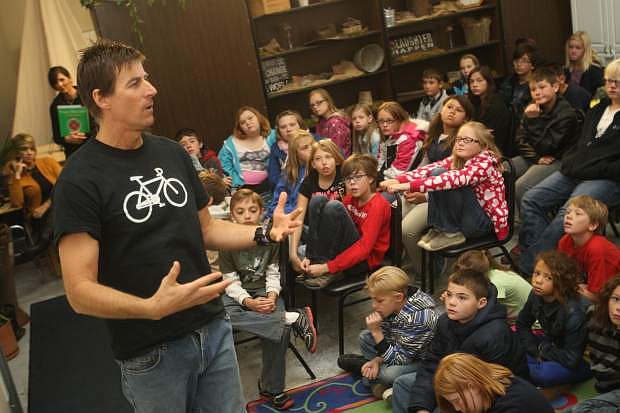 Photographer and cyclist Rick Gunn talks to students at Carson Montessori School in mid November about his Wheels for Peace program and how he would like to get them involved.