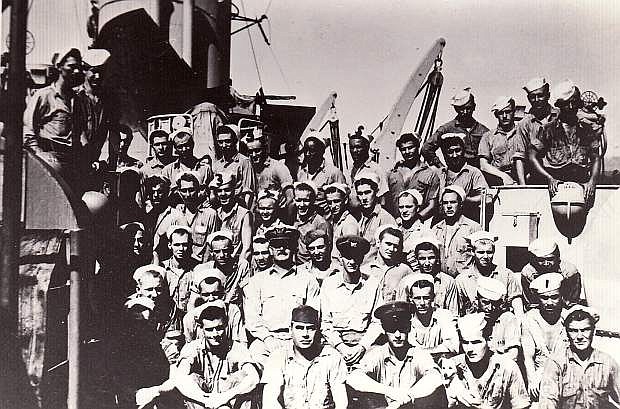 The crew of the USS Carson City is seen in this undated photo.