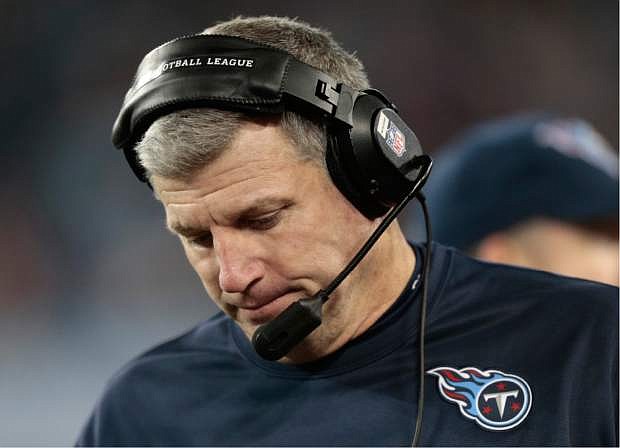 Tennessee Titans head coach Mike Munchak walks on the sideline in the fourth quarter of an NFL football game between the Titans and the Indianapolis Colts Thursday, Nov. 14, 2013, in Nashville, Tenn. The Colts won 30-27. (AP Photo/Wade Payne)