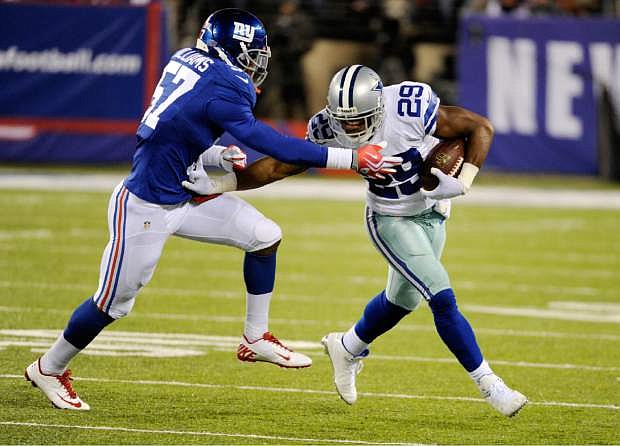 FILE - In this Sunday, Nov. 24, 2013, file photo, Dallas Cowboys running back DeMarco Murray (29) stiff-arms New York Giants outside linebacker Jacquian Williams (57) during the second half of an NFL football game in East Rutherford, N.J. So many times in his career, the bruising Dallas running back has turned upfield and lowered his head. Just not on one particularly noticeable play Sunday against the Giants. Murray eased up as he went out of bounds, he actually did it twice, led coach Jason Garrett into a rare moment of candor by saying Murray &quot;needs to finish runs better.&quot; (AP Photo/Bill Kostroun, File)