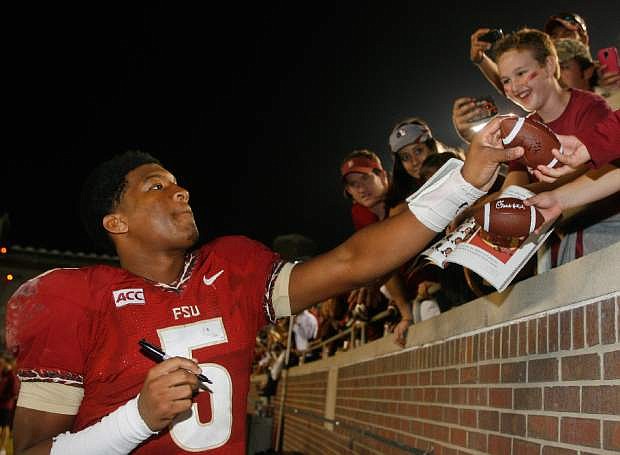 FILE - In a Saturday, Nov. 23, 2013 file photo, Florida State quarterback Jameis Winston (5) signs autographs after an NCAA college football game against Idaho, in Tallahassee, Fla. Its handling of sexual assault allegations against Florida State quarterback Winston is just the latest controversy to hit the Tallahassee Police Department. A handful of grand juries recently have issued scathing reports about how some officers have conducted themselves in the line of duty.(AP Photo/Phil Sears, File)