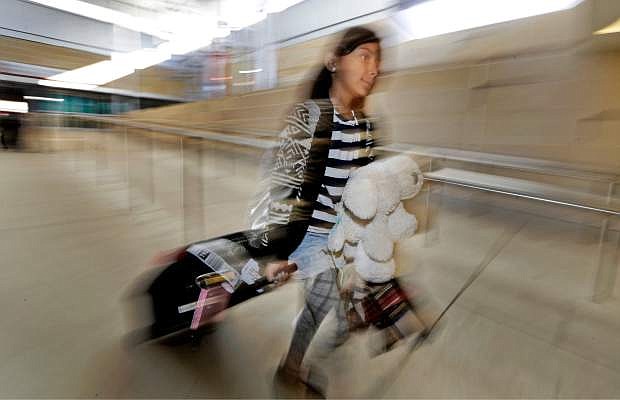 Arianna Meredon, 9, of Albuquerque, N.M., pulls her roller bag as she makes her way through Love Field airport after arriving in Dallas, Wednesday, Nov. 27, 2013. Meredon came for a visit to Dallas to attend an NFL football game and visit her aunt, who is a Dallas Cowboys cheerleader. (AP Photo/LM Otero)