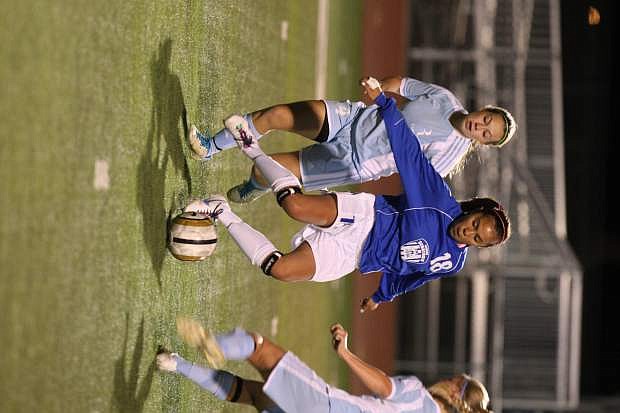 Mayra Olivares passes to a teammate in a game against Reed on Tuesday.