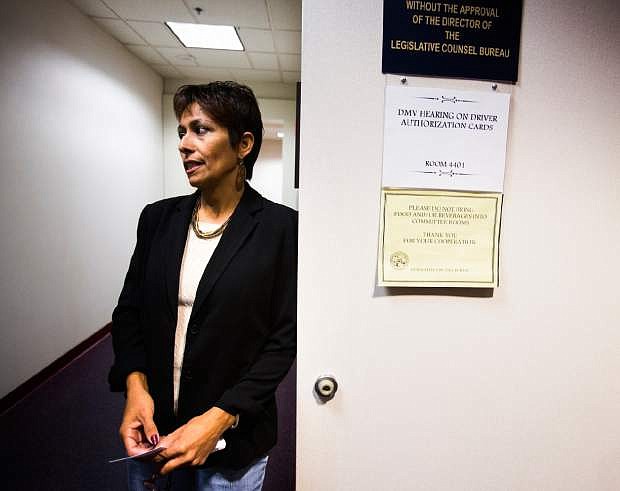 Barbara Silva, 48, of Las Vegas, stands in the hallway at Grant Sawyer Building after testifying at the state Legislature panel hearing on the driver authorization cards, Wednesday, Sept 9, 2013. Silva,48, from Veracruz, Mexico, has been living in Las Vegas for 21 years and spoke in favor of the Department of Motor Vehicle issued driving cards. (AP Photo/Las Vegas Review-Journal, Jeff Scheid ) LOCAL TV OUT; LOCAL INTERNET OUT; LAS VEGAS SUN OUT