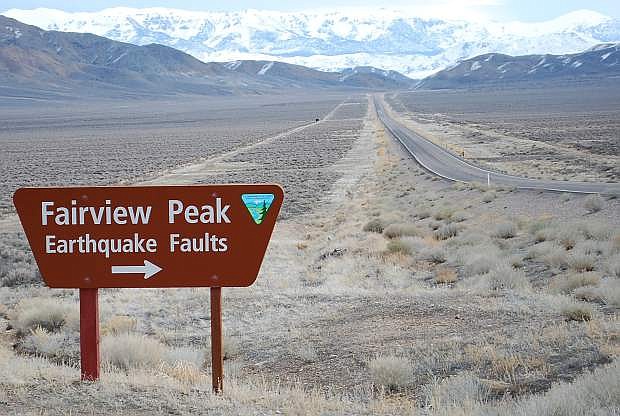 A sign gives dirctions to the earthquake faults near Fairview Peak.