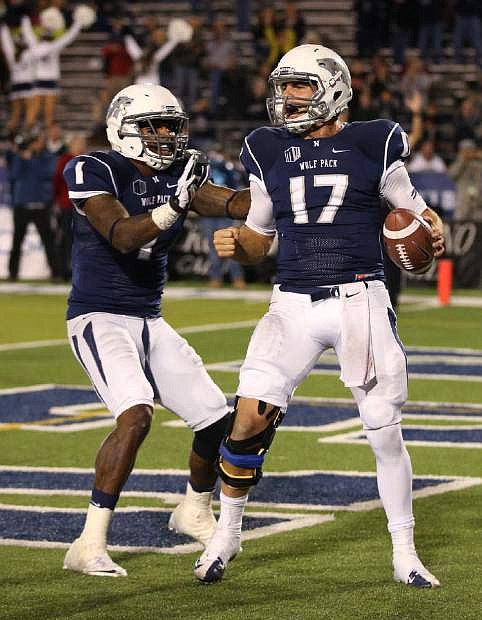 Nevada&#039;s Cody Fajardo (17) celebrates with Brandon Wimberly (1) after scoring the game-winning touchdown against Air Force during the second half of an NCAA football game in Reno, Nev., on Saturday, Sept. 28, 2013. Nevada won 45-42. (AP Photo/Cathleen Allison)