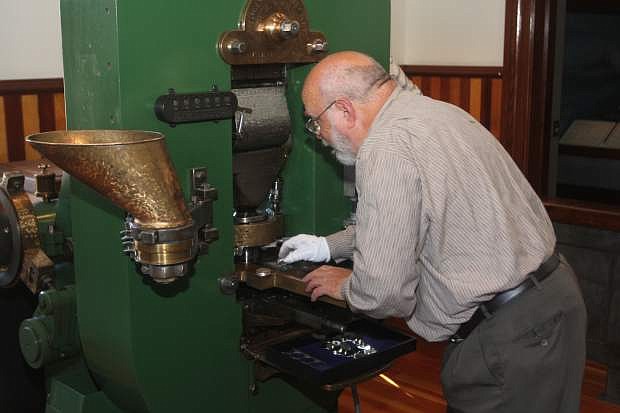 Ken Hopple, chief coiner for the Nevada Coin Press No. 1, mints the sesquicentennial medallion on Friday at the Nevada State Museum.