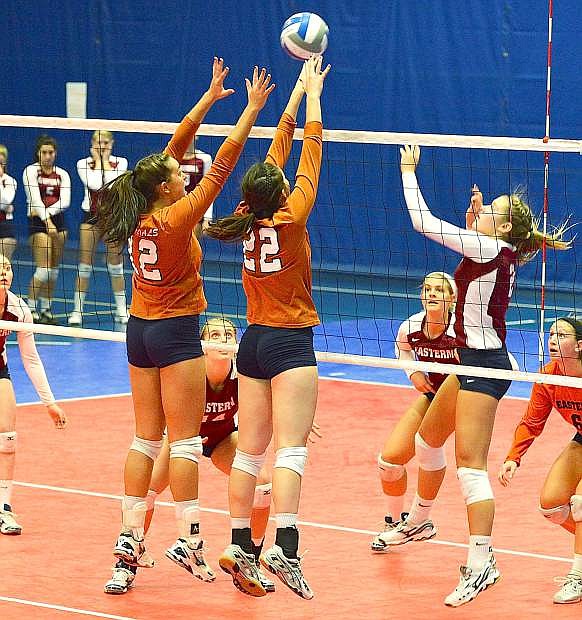 Former Fallon volleyball star Cady Cordes attempts a block during a match for the Western Connecticut State University this season.