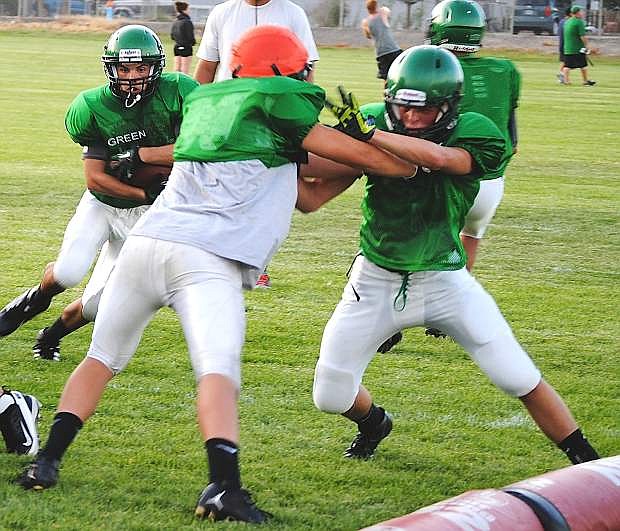 Fallon junior running back Nathan Heck, left, runs through the line during a drill. The Greenwave finished third last season in the Northern Division I-A.