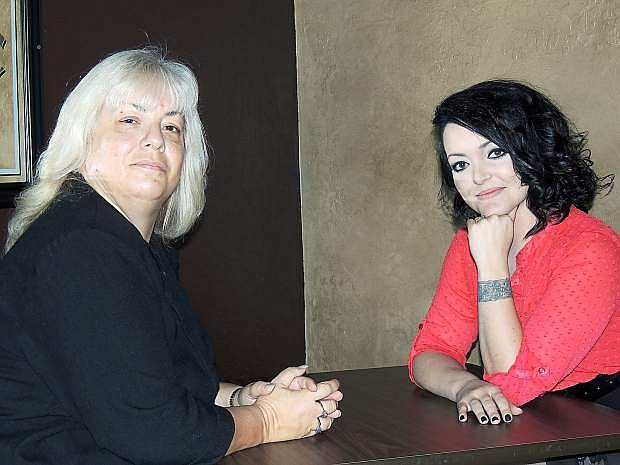 Lisa Tucker and Megan Torres, co-owners of Remedy&#039;s Bar in Carson City, take a break from a meeting at their business.