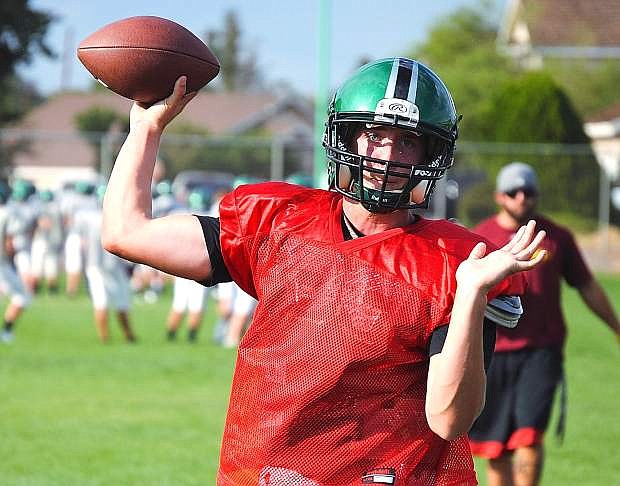 Fallon senior quarterback Morgan Dirickson throws a pass during Wednesday&#039;s practice. The Greenwave are scheduled to play Wooster at 7 p.m. today at the Edward Arciniega Complex.