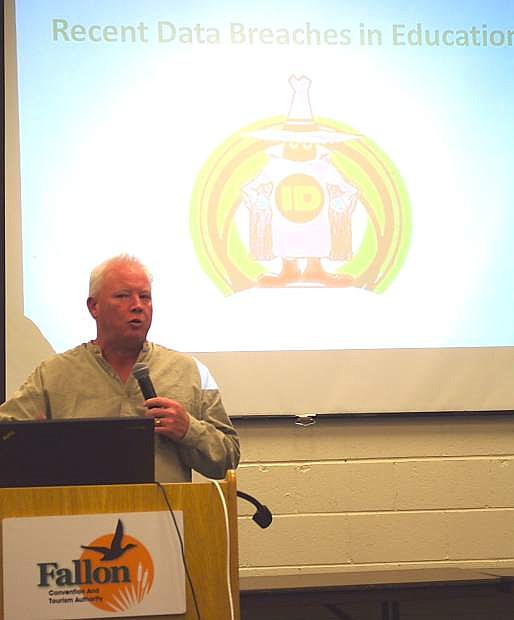 Tom Considine warned the audience about data breaches that could expose their children to identify theft from information that is collected from the schools.