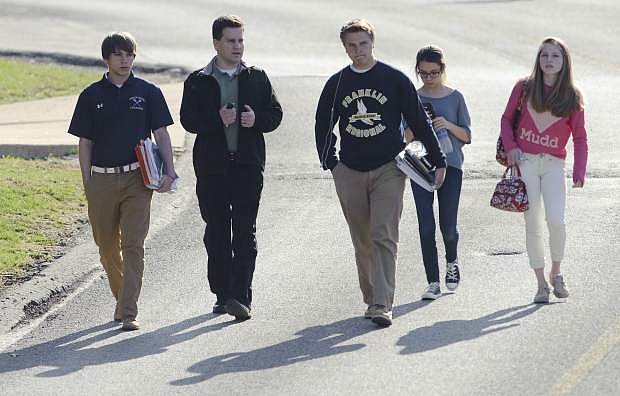 Students and a guardian walk to their car from Franklin Regional Middle School after more then a dozen students were stabbed by a knife wielding suspect at nearby Franklin Regional High School on Wednesday, April 9, 2014, in Murrysville, Pa., near Pittsburgh. The suspect, a male student, was taken into custody and is being questioned. (AP Photo/Tribune Review, Brian F. Henry) PITTSBURGH OUT