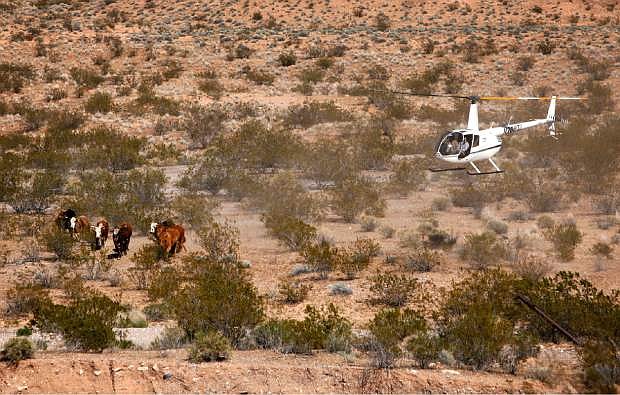 Contractors for the Bureau of Land Management round up cattle belonging to Cliven Bundy with a helicopter near Bunkerville, Nev. Monday, April 7, 2014. The Bureau of Land Management has begun to round up what they call &quot;trespass cattle&quot; that rancher Cliven Bundy has been grazing in the Gold Butte area 80 miles northeast of Las Vegas. (AP Photo/Las Vegas Review-Journal, John Locher)