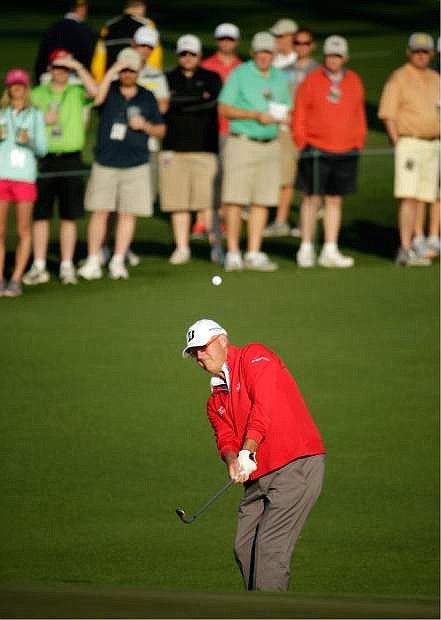 Sandy Lyle, of Scotland, chips to the second green during the second round of the Masters golf tournament Friday, April 11, 2014, in Augusta, Ga. (AP Photo/Chris Carlson)