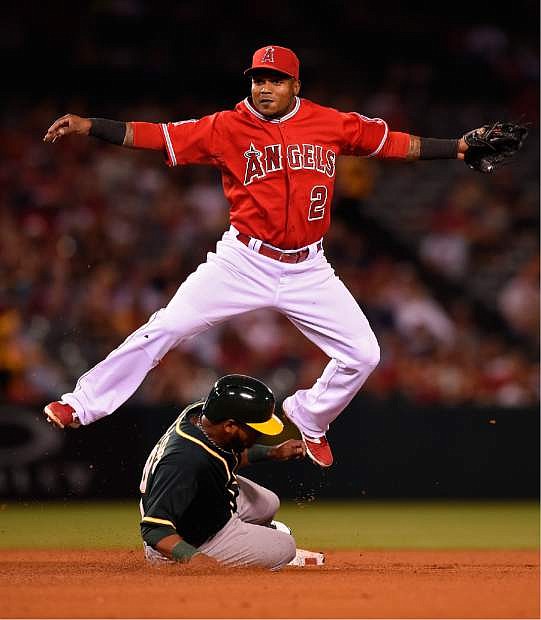 Oakland Athletics&#039; Alberto Callaspo, below, is forced out at send as Los Angeles Angels shortstop Erick Aybar throws out Nick Punto at first to complete the doubleplay during the fifth inning of the MLB American League baseball game, Monday, April 14, 2014, in Anaheim. (AP Photo/Mark J. Terrill)