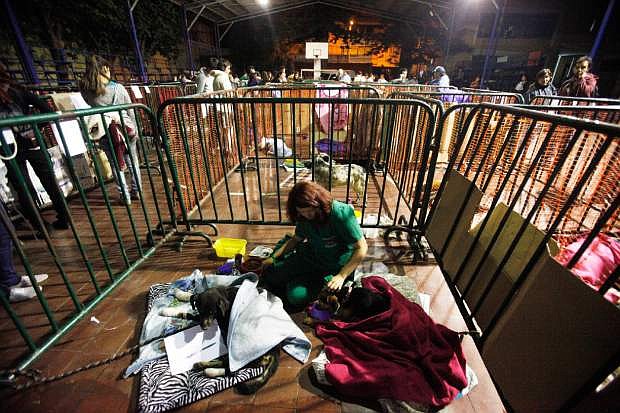 A veterinary doctor, attends the burns of a dog, a casualty of the uncontrolled wildfire that affected urban areas of the city of Valparaiso, Chile, Monday April 14, 2014. A raging fire leaped from hilltop to hilltop in this port city, killing at least 15 people and destroying more than 2500 homes. More than 11,000 people were evacuated. (AP Photo/Luis Hidalgo)