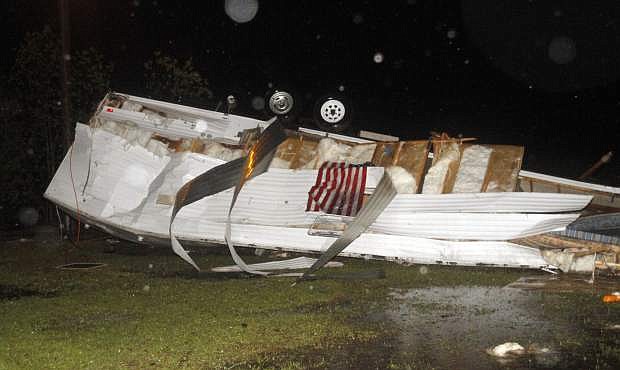 Campers at Santa Maria RV Park on Martin Bluff Road in Gautier, Miss., were flipped from possible straight line winds Monday April 14, 2014, as storms rolled over the Coast. As many as 30 campers were damaged from the storm. (AP Photo/Sun Herald, Tim Isbell)